The Blessed Sacrament Tournament in Hamilton proved to be a veritable medal factory for the East York Basketball Club with all three teams competing over the March 6-8 weekend bringing home hardware. (The Novice Boys took home the Gold Medal, while the Major Atom Boys won a Bronze Medal in their divisions!)

The East York Atom U11 boys started off their tournament in Division 4 a bit off form with a 55-36 loss to the Mississauga Jayhawks after spotting the opponent a 22 point lead through two periods, but rebounded with resounding victories over the Sudbury Selects (48-36) and the Brantford Hawks #2 (51-31). The boys held a 2-1 record after Saturday.

In the fourth game of the tournament on Sunday morning the contest came down to the final buzzer as a three point attempt rolled on the rim for an eternity but would not drop, leaving the boys with a 34-32 loss to the Norfolk Nets in a thrilling event for both sides.

However, the boys would face off against Norfolk once more in the afternoon, this time with the Bronze Medal on the line. The team came out strong right from the tip off and played a solid defensive game, never trailing when each period ended, to win the third place prize by a score of 38-30. Every single player contributed to a terrific bounce back victory and, more importantly, had a lot of fun over the course of a great weekend of basketball! 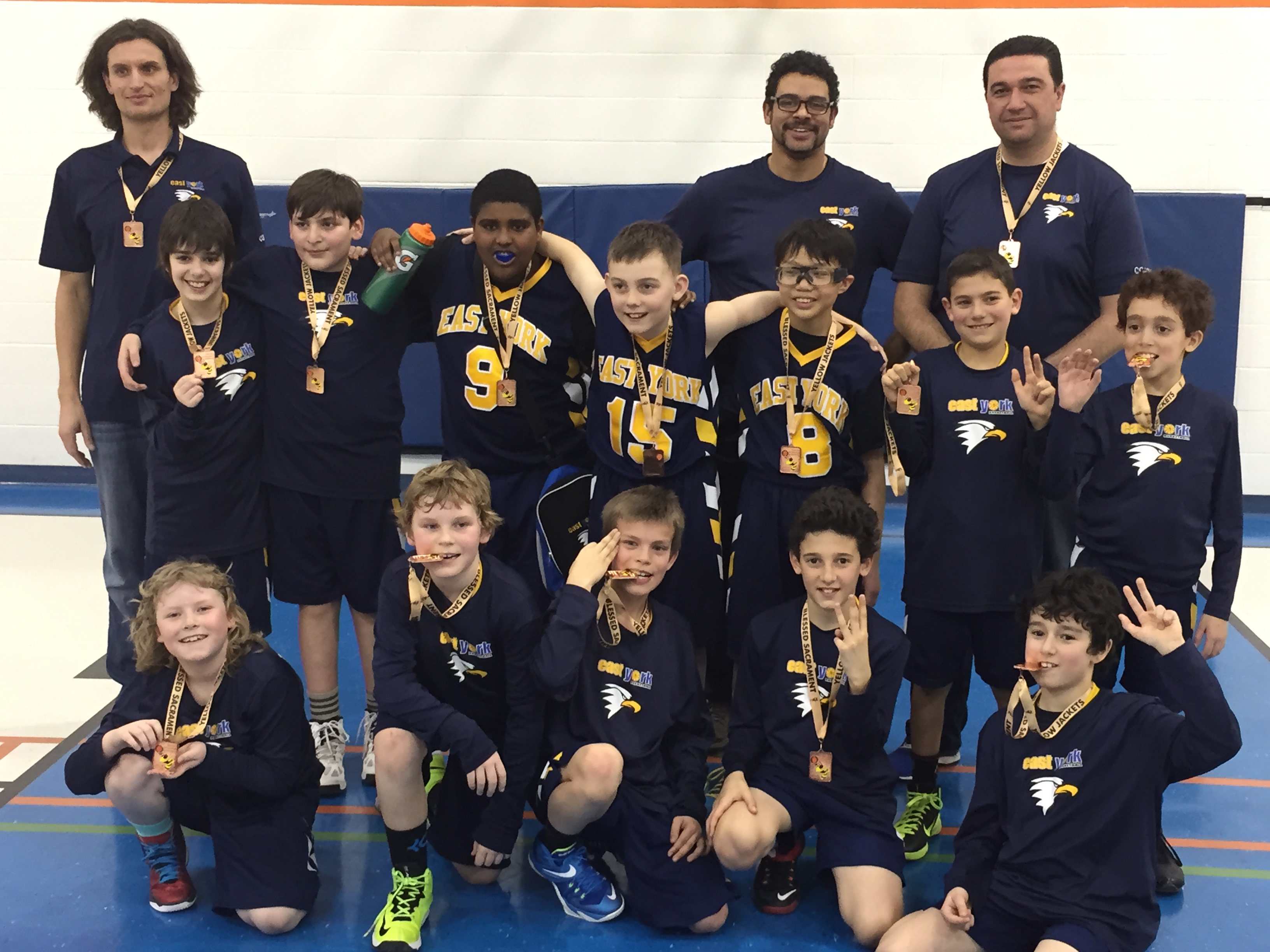